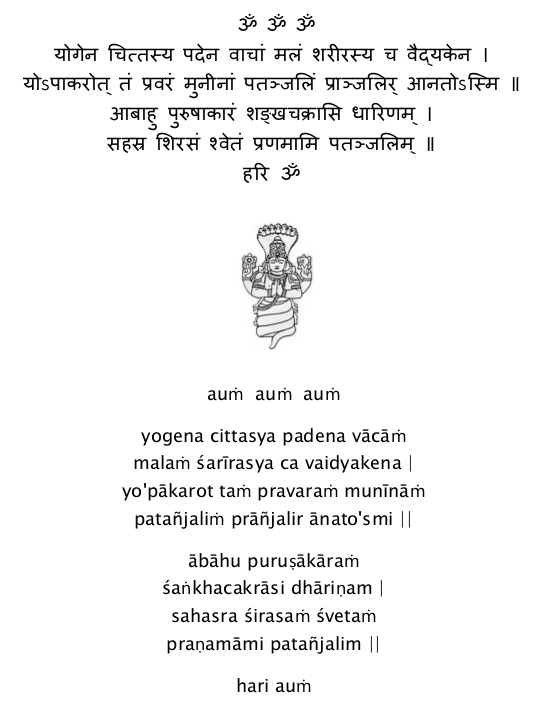 Here at Yoga Hamburg we practise Hatha Yoga in the style of Iyengar-Yoga. B.K.S. Iyengar is internationally the most distinguished Yoga teacher. Born 1918 in India, he dedicated his life to the development of Yoga. His daughter Geeta Iyengar adapted the asanas (postures) which had originally been practised by male yogis only, to the needs of women. It is typical for Iyengar style Yoga to use props like belts, blankets, chairs and blocks during the session. They facilitate or intensify the accurate performance.

Iyengar style Yoga strengthens muscles and ligaments and creates room in the joints. It can be either dynamic or static but is always well aligned while the grade of difficulty can be adapted to the ability of each practinioner. For each class the postures will be compiled afresh from the repertoire of all asanas: corresponding to the knowledge of the participants and their physical and mental needs. We teach standing postures, forward and backward bends, stretching twists, balancings and inverted poses. During Breathing practice (pranayama) we aim to reach a meditative state and relaxation.

Yoga asanas have a wide-ranging effect: they connect our experiences of body, spirit and soul in a holistic process. This integration is experienced as physical and emotional lightness, as wellbeing. The room of possible movements – of the body and of the soul – is extended.

Asanas unfold their dynamic effects on diverse levels. On the physical level they prolongue and stengthen each muscle group. This leads to more power, freedom of movement and improved stance. As they stimulate the metabolim, thus leading to increased oxygene intake and detoxication, the asanas strengthen harmoniously the function of all organs and systems. This helps to maintain or to restore good health. The focus on awareness is as important with the asanas as it is with the breathing techniques. We improve our concentration and calm our brain. On the emotional level yoga can lead to transformation: through practising asanas and controlled breathing, we can become aware of emotions and feelings that have manifested themselves in our muscles, our stance and movements and learn to let them go. This process frees the body and enables it to find back to its natural balance.

Such a process takes time. Although in the beginning progress will be visible after a few weeks or months by increased wellbeing, the practitioners of yoga count in years. Only through perseverance we manage to connect our consciousness with gradually deepening layers of our body and it may well happen that we glimpse a flash – reflected in a calm mind - a sense of the possibilities of our divine soul. Combining the energies of body, breath and mind with a devoted attitude we can reach joy of living and freedom.

He is the author of the classic text Light on Yoga, and has been teaching since 1936, after a childhood marred by poverty and illness. When he started as a teenager, his body was weak and stiff, but he soon found that the postures improved his health. More than 75 years later, he’s still practising daily, and his method has helped spread yoga far beyond India.

The technique is primarily physical, emphasising precision in bodily alignment, but the effects are also profound on the mind. As Mr Iyengar explained in 2005:

“When I left India and came to Europe and America a half century ago, open-mouthed audiences gaped at the presentation of yogasana positions, seeing them as some exotic form of contortionism. These very same asanas have now been embraced by many millions of people throughout the world, and their physical and therapeutic benefits are widely acknowledged. This in itself is an extraordinary transformation, as yoga has lit a fire in the hearts of so many.”

B.K.S. Iyengar’s gift as a teacher has been to make this systematically accessible, even to those with serious ailments, by the use of supports or props. This approach has changed how yoga is taught everywhere. In his words, the practice is for everyone:

“What most people want is the same. Most people simply want physical and mental health, understanding and wisdom, and peace and freedom. Often our means of pursuing these basic human needs come apart at the seams, as we are pulled by the different and often competing demands of human life. Yoga, as it was understood by its sages, is designed to satisfy all these human needs in a comprehensive, seamless whole. Its goal is nothing less than to attain the integrity of wholeness – oneness with ourselves and as a consequence oneness with all that lies beyond ourselves. We become the harmonious microcosm in the universal.”

As Mr Iyengar stresses, this process is transformative:

“Yoga allows you to rediscover a sense of wholeness in your life, where you do not feel like you are constantly trying to fit the broken pieces together. Yoga allows you to find an inner peace that is not ruffled and riled by the endless stresses and struggles of life. Yoga allows you to find a new kind of freedom that you may not have known even existed. To a yogi, freedom implies not being battered by the dualities of life, its ups and downs, its pleasures and its suffering. It implies equanimity and ultimately that there is an inner serene core of one’s being that is never out of touch with the unchanging, eternal infinite.”

B.K.S. Iyengar lives in Pune, India, next to the Institute he created. There, his insight is shared with new generations, by his children, Geeta and Prashant, who are themselves distinguished teachers and authors.

Text from the Iyengar Yoga Institute in London.